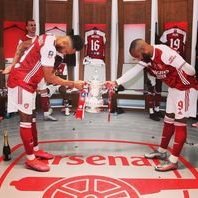 By Gremlin,
August 22, 2020 in Processors, Motherboards and Memory

You will be able to leave a comment after signing in